The battery in my Dexcom G4 transmitter finally died, after a bit over a year.

Naturally, the only logical next step was to hack it open and look around — because that’s what guys like me do.

That sucker is built solid. A simple utility knife wouldn’t do the trick. 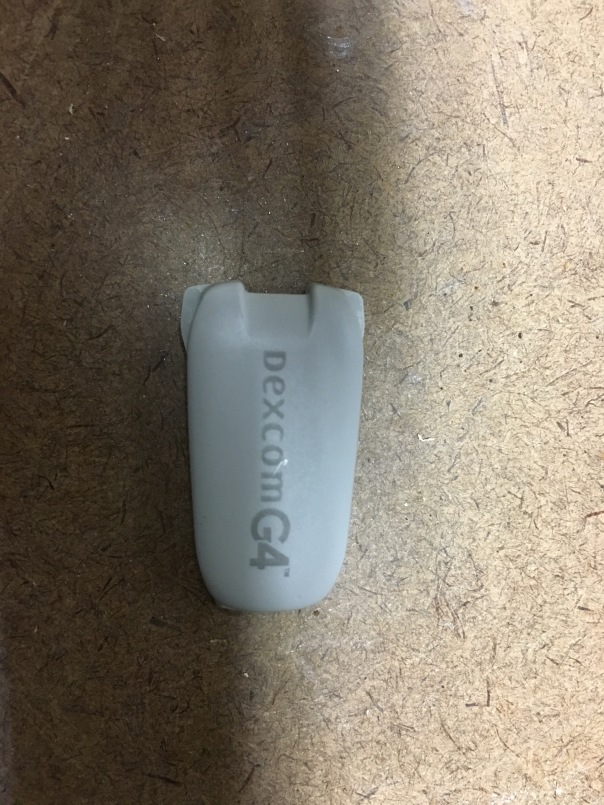 The serial number always made me chuckle. Nothing wrong with adult sophomoric humor.

I had to resort to more forceful measures to get it open.

Finally, it started to give way.

Here’s a first glimpse at what’s inside. 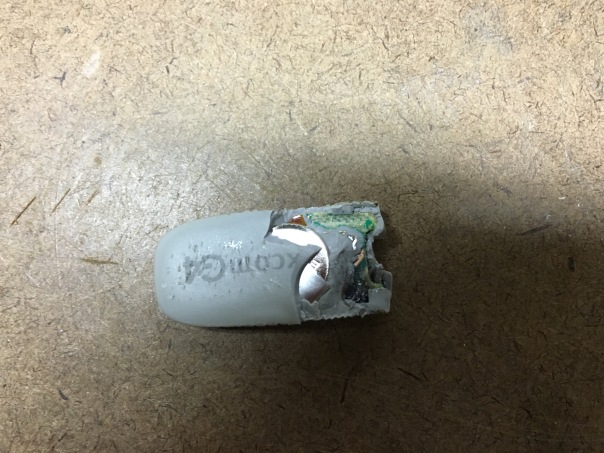 This isn’t just a plastic housing around a hollow core; this thing is solid. It must be injection-molded to fill every nook and cranny inside of the thing.

Two Maxell watch batteries. (Did you know Maxell was still around? I thought they went away with the cassette tape)

I’ve read that some people replace the batteries in their transmitters, then close them up and they keep on going. I can’t imagine how. 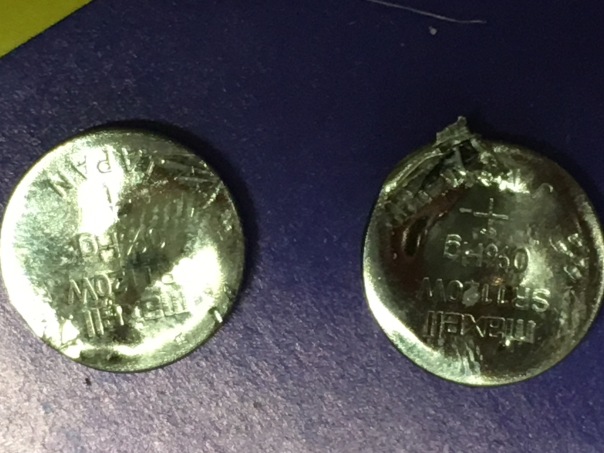 Here’s where the batteries once lived. I suspect that big piece of copper off to the right is the antenna.

I tried using my trusty, rusty utility knife to lift up the battery housing, but wasn’t too successful. Bits and pieces of Dexcom flew everywhere.

Finally I separated the circuit board from the molded plastic housing. Those two circles are where the transmitter makes contact with the sensor. 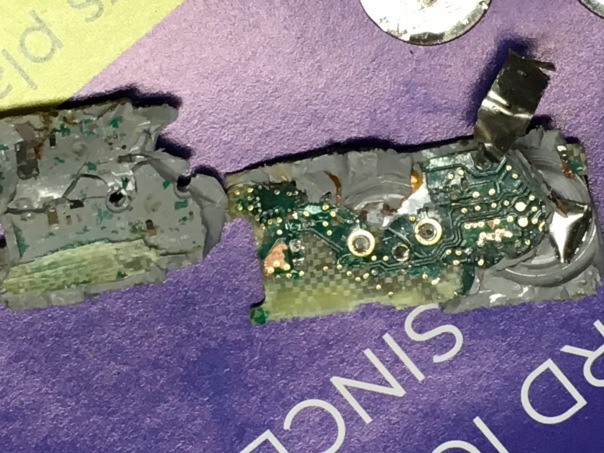 You can see it better in these photos. 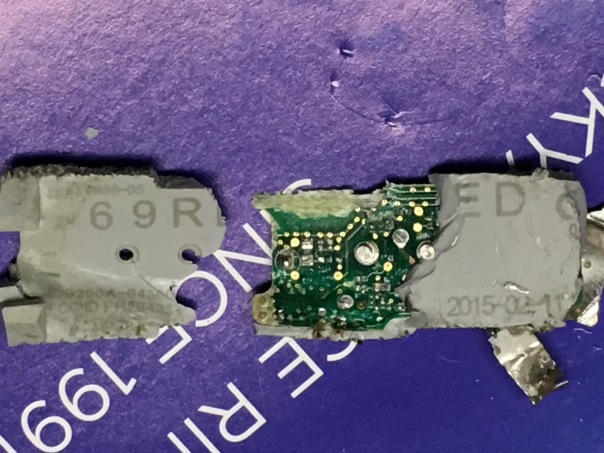 Those batteries, by the way, got only three stars on Amazon.

Used, one of the batteries measured less than a third of that (the rated 1.55 volts). 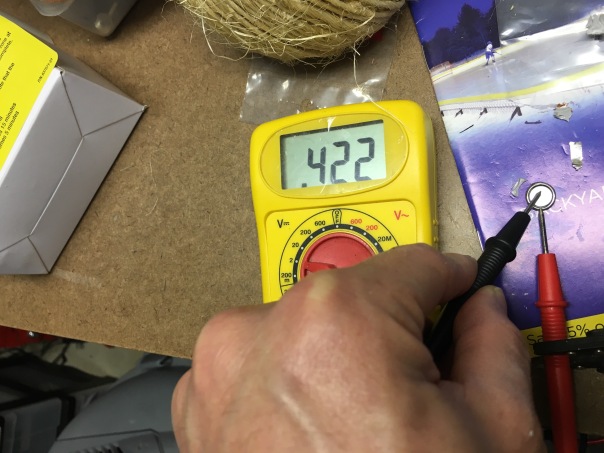 The other was far worse. But this tells me that the batteries are placed in parallel, so the second battery extends the transmitter’s lifespan, but doesn’t offer more power. Not a typical configuration, but considering they are neither rechargeable nor replaceable, it makes sense.

(This entire post was written on an iPhone, because I was too lazy to copy the photos to a computer. I hope the formatting is OK — apologies if it is not)

Posted on June 4, 2016, in Uncategorized. Bookmark the permalink. 8 Comments.