← Sheltering our children
I am, therefore I think →

My control got run over by a reindeer 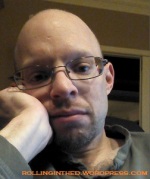 ‘Tis the season to be jolly. Only I’m not feeling so festive lately.

Maybe my vial of insulin isn’t working (I did throw out a half-full vial, just in case). Maybe the Sure-T’s aren’t working (I can try a Silhouette again, but I really don’t want to!).

Whatever it is, something’s not right. I’ve been hovering in the semi-high (150-190 mg/dl) range a lot more than I used to be, I’ve been spending some nights and afternoons in the 200s, and have a few 300’s sprinkled in there for good measure as well.

I’m not particularly looking forward to my January A1C. If there was ever a time to be befuddled with a “what the hell is wrong” look on my face, this would be it.

I know my extra vials of insulin sat unrefrigerated for a few days after Hurricane Sandy, but they didn’t hit any extreme temperatures. That shouldn’t matter, should it? Are these soaring postprandial spikes or ineffective pre-boluses a sign that I should be trying Apidra or maybe Humalog again? Something’s changing, but I don’t know what.

When it comes to diabetes care, I’m not a big proponent of change for the sake of change. There’s no logical reason why something should work one day and not work the next.

I’m seriously pondering spending the next few weeks in a hypoglycemic state in order to bring my A1C back to an acceptable range. I know it’s not a good idea, and I know I won’t do it, but still… it’s so crazy, it just might work. I was so proud of my last A1C and the improvement I made over the previous one, that I can’t accept the thought of taking two steps back. Not after the “You’re doing great” I got from my doctor last time.

But speaking of my doctor, one of the things he always does is compares my last two-weeks worth of data with my A1C to make sure the numbers coincide. For the most part, they do.  So I figured I could do the same thing in reverse: download some pump data and convert my two-week average to an A1C. (Here, I’m using “Carelink Personal”, not the doctors-only Carelink Pro that I described in an earlier post.)

And this is where I got the surprise of my life — in a good way.

Over the last two weeks, this thing tells me that my average fingerstick blood sugar has been 134, and the average CGM sensor blood sugar is 131. Huh? I was expecting numbers in the 160s or 170s.  According to an average-glucose to A1C calculator I found on the internet, that translates to an A1C of 6.2.

I call bullshit. There is no way that my A1C is that good. As a rule, I don’t disclose my A1C on this site, but I will say that the previous A1C – the one I was so proud of – was NOWHERE NEAR a 6.2.

By the way, this little chart also says that about one-third of the time I was running “high”. I’m not sure where these thresholds came from (remember, this isn’t the professional-edition of the pump software), but that’s a little discouraging. I’ve also been testing, on average, 11-12 times a day. Guess that script for 10 strips a day needs to be updated. (Aside: today before lunch, my CGM said I was in the 130s. My fingerstick read 36. I tested again and got a more believable 128. Moral of the story: strips get wasted sometimes).

Two “hypo excursions” in the last two weeks. Glancing at the numbers in the “Low” row, I assume that’s when I dip to 69 mg/dl or below. Those 70s don’t seem to count.  Still, that’s peculiar, I used to have about two (sub-60 mg/dl) a day. (Those should’ve helped lower my A1C, right?)

So does that mean that it’s all in my mind, and that things are going great? Not exactly…

I’ve always eaten lots of carbs, and I’ve always had more of a 60/40 or 67/34 ratio of bolus-to-basal. Is that bad? I’ve wondered, but never tried changing it. Now it seems I’m creeping into the 70% bolus range.

Many of those boluses are corrections. While Carelink Pro would break-out the numbers for me, the Personal version deos not. However, I’m looking at the number of boluses across the second-to-last row. Numbers like 12…11… and, HOLY CRAP, three 14s!  I bolused fourteen times in one day!? Three times?!  Some of those may have been split for meals (i.e. halfway through, I realize I’m eating more carbs than I originally accounted for), but I’m fairly certain that most of them are corrections. The corrections generally come in threes: half-unit / one-unit / empty-the-reservoir-RAGE-units.

So what does this tell me?

Who the hell knows. I’m still kinda ticked off about the way things have been going lately, but maybe it’s not as bad as I thought. I still don’t believe it, but I guess numbers don’t lie.

Posted on December 19, 2012, in Diabetes, Personal. Bookmark the permalink. 14 Comments.

← Sheltering our children
I am, therefore I think →