A reminder of vulnerability 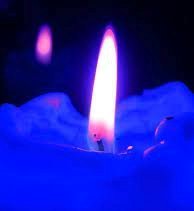 Earlier this morning, the Diabetes Research Institute (DRI) reported the death of Miami-area TV news anchorman Joel Connable on its Facebook page.  Being from the northeast, I had never heard of Joel and wasn’t aware that there was even a TV news personality who had Type 1 diabetes, so I quickly turned to Google to find more information.

It’s sad.  So very, very sad.  He got married just two weeks ago, and instead of a honeymoon, his bride is now planning a funeral.  It’s sad when somebody dies, but it really hits home when the person dies because of diabetes.

Google brought me to this article from the Miami New Times, and reading the article not only made me sad, but it made me scared.  It made me feel vulnerable, like it could have been me.

Here are just a few of the more touching excerpts from the article:

Former WTVJ anchor Joel Connable has passed away at the age of 39 … Connable suffered from diabetes throughout his life, and died as a result of a diabetic seizure.

The age of thirty-nine.  In just four months, I’ll be celebrating my 39th birthday.  Diabetes may get easier to deal with as we get older, but the longevity of diabetes-endurance doesn’t make us stronger.  It could happen to me.  On the other hand, the article says he “suffered” from diabetes for a long time.  I doubt – well, I hope – he didn’t consider his life “suffering”.  I’m sure Kim will agree with me.

Connable always wore a diabetic pump. The pump malfunctioned, which Connable did not notice, and he ended up suffering a seizure.

I’ve heard stories of insulin pumps malfunctioning.  While I don’t know what happened in this situation, I’ve heard of pumps emptying the entire reservoir into the person wearing them. Tandem Diabetes built some sort of “two-chamber” mechanism into their pumps as a precaution against just that, so the concern must be real. (Personally, I can see mechanical safeguards protecting against some things, but if the software says “bolus-all-the-insulin”, then that’s what I expect it would do).

Yes, I’m (almost) 39.  Yes, I use a pump.  And yes, I’ve heard stories that my brand of pump has emptied itself into people wearing them (a phone-rep told me that can’t happen, because if it tried, a Motor Error would result and the pump would stop delivery).  And yes, after three decades, I may have grown a bit complacent about my diabetes.

This blog post isn’t intended to be all about me.  I’m not trying to turn someone else’s tragedy into my own soapbox, and I hope it’s not coming across that way.  But there’s only so much “this is awful, I’m so sorry” that I can write and that you’d be willing to read, so I’m taking a bit of a different perspective here.

By the way, I’m almost finished reading Wil Dubois‘ book Beyond Fingersticks (I’ll write more on the book later, but don’t wait on me to get your own copy).  A theme he makes early and often is that diabetes can kill you. A CGM can alert you to those plummeting blood sugars before it’s too late.

Suddenly, everything’s starting to come together …