I’m not getting a t:slim

Update 1/11/2013: If you are reading this for the first time, please also read my January 11, 2013 post, in which I express a change-of-heart on many of the sentiments expressed here. 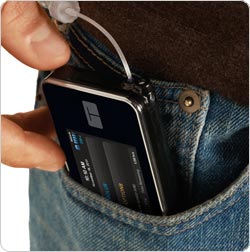 Not going in my pocket
Images credit: Tandem Diabetes

Have you heard?  There’s a slick new gadget in town — an insulin pump called the t:slim.  It’s all the rage these days, and it seems all the cool kids are getting one.  But my thirty-eight-year old bald-headed, glasses-wearing self is anything but cool.  (Actually, glasses and insulin pumps really are cool, just not on me).  I don’t plan on getting one. In case you’ve been living under a rock lately, let me explain what the t:slim is.  It’s the newest addition to the insulin pump market.  They’ve shattered the mold when it comes to insulin pumps, and re-cast it into something sleek and shiny,resembling a touch-screen cell phone.  It’s flat and has a large, vibrant color touch-screen.  One look, and anybody would instantly be WOW’ed by it.  I sure was.

(Worth noting: I’ve never actually held, or even seen it.  I’ve read about it and looked at pictures and videos of it, but that’s all.  Allison put together a great video recap on DiabetesMine of the new pump, which was quite influential in what you’re about to read here.  So while you may think this makes my review meaningless, I like to think it is objective – and not seduced by the t:slim’s irrefutable sexiness.)

As you probably know, I’ve been using Medtronic pumps for years.  The MedT is the complete opposite of sexy.  It’s boxy, has five ginormous buttons, and a tiny lo-res black-and-white LCD display.  It resembles a pager.  Pagers were sexy in 1984, but not today.  Sadly, many sexy people also lose that appeal after twenty-eight years, but at the same time, we learn to value compatibility, intuition, and it’s-nice-having-you-around qualities over the pure carnal qualities.  I’m getting waaaay off track here, but you see where I’m going.

There are a few reasons why the t:slim just won’t cut it for me… why I think it will make my life more difficult rather than easier.  Now, to the folks from Tandem Diabetes Care who may be reading this, I hope you take what I have to say as constructive criticism.  We’ve been waiting a long time for someone to shatter the mold that seems to encapsulate our diabetes equipment, and Tandem has come along and done just that.  But there is room for improvement, and here are the real biggies for me.

First, the home screen.  We’ve seen it in pictures, and it’s beautiful (you can see it by clicking the first link in this article).  The problem is, it takes too long to get to it.  Unlike my Medtronic which always shows the time and the amount of insulin and battery-power I have left (albeit crudely), you need to slide a doohickey along the top to light up the screen.   I’ve turned to using my pump as a clock when I’ve misplaced my watch, because unlike my cell phone, the only thing I need to do is look at it.

Plus, in order to do anything, you’ve got to tap out 1-2-3 on the touch screen.  That’s four gestures before even thinking about a bolus or a set change.  I want devices that make my life more convenient, even if they’re less flashy.

Second, the t:slim seems to require two-handed operation.  I can do almost* everything I want with my current pump with one hand (except change the battery or reservoir; that’s a given).  My hands aren’t that big, but I can reach the five buttons easily, and can easily bolus with my right hand, which is a good thing since a finger on my left likely still has some blood on it from a just-completed blood sugar test.  If the t:slim screen worked in portrait (vertical) mode rather than landscape (horizontal), maybe I’d be able to do it.  Not that I’m suggesting it automatically flip between the two; having virtual buttons move on you while lying on your side in bed can be extremely frustrating.  Just ask any Android or iPhone user.

And speaking of buttons, one of the nice things about buttons is that you can tell where they are without looking.  Usually, after testing my blood sugar (and having it wirelessly beamed to my pump), I’ll hit ACT, and if I am having a small snack, press the Up-Arrow four or five times to dial-in the carbs without looking  (if I’m just correcting, I skip this step entirely).  Then I’ll glance down to make sure I’ve got it right, then press ACT three more times to deliver the recommended bolus.  Those ginormous buttons are not only easy to see, but they’re easy to feel if my pump is at my waist, below table-height, or underneath the bedsheets.  Some may call it dangerous, but the ability to “blind-bolus” is a huge convenience for me.  On a touch-screen, the buttons move around and are not tactile, and I wouldn’t trust my memory to find and press the right one.

I love the USA.  I hate the USB.  Oh lord, how I hate those things.  In concept, they’re great: one universal connector that can deliver power as well as data, but physically they are about as brittle and annoying as they come.  After repeated plugging/unplugging, they become loose, and the cords become useless rather quickly (Trust me, I’m on my fifth cell-phone car-charger because of the USB’s poor mechanical design).

The PowerMat system seems to be a good charger for watertight devices.

But besides my disgust for the USB itself, the mere presence of a port – a port of any kind – means an entry-point for water, and that can be deadly.  You can’t even claim to be “water-resistant” when you’ve got a big hulkin’ hole on the side of the pump with some metal electrical contacts exposed (if there’s a way to do that, I’d love to know).  A tip to Tandem, there are better ways.  Use Bluetooth or some other wireless means for data transfer.  For charging the battery (more on that later), this new PowerMat technology might do the job.  You set the device on a pad, and through the magic of electrical induction, the battery charges.  No wires, no physical connections.  I’m not sure how practical that technology will prove to be in the long run, but I see a potential for it in water-resistant/waterproof devices.

A couple of other things:

If this sounds like a scathing review of this new pump, remember this article is about reasons I won’t be getting one.  There are plenty of things I do like about the new t:slim, and you can find the great aspects of the device all over the internet.  I just haven’t seen a post like this one, and I think it may be beneficial to those who may be so overwhelmed by its beauty that they do not see what lurks within.

And besides, Brian asked me to write it.

* The one thing I can’t do one-handed: turn on the backlight while in one of the other menus. That requires pressing the “B” and down-arrow keys simultaneously, generally with the thumbs of each hand.